Ah, it’s a long weekend and now I have a chance to sit down and tell you the highlight of last week…

I had already been into Velorution a week earlier when I went to the dentist to show them some pictures and see if there was any interest in having her on display and for sale. 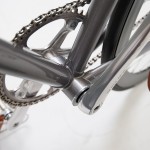 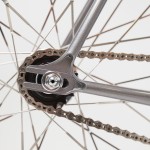 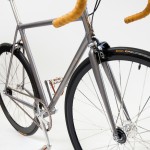 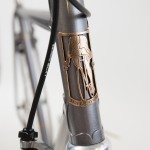 Turns out, when we rolled in with the real thing heads really turned. The guys at Velorution were really impressed with having the complete article in their shop, with comments like the photos really don’t do her any justice. So, after a good look over and an agreement in principle to have the Tribute bike displayed in their shop in June, we headed off to Soho to check out what interest Kinoko might have in our (dare I say it) masterpiece.

We needed to stop at the bank to pay some money in and while I did that Alec waited outside on Regents Street with the bike. A beautiful sunny day in central London had a lot of people out and about and though I was only gone five minutes I came out to find that many passers by had been gazing at her. Alec was stood there talking to a guy over from America who had approached him to find out more about our creation.

Turns out that he is a big lover and owner of some very nice steel bikes. We talked about the details of the bike; what she was constructed from, the lugs, the recycled steel used to make the top eyes and how we had left no stone unturned with the build kit. He was very impressed with our work and after graciously accepted his accolade we parted and made our way towards Golden Square. 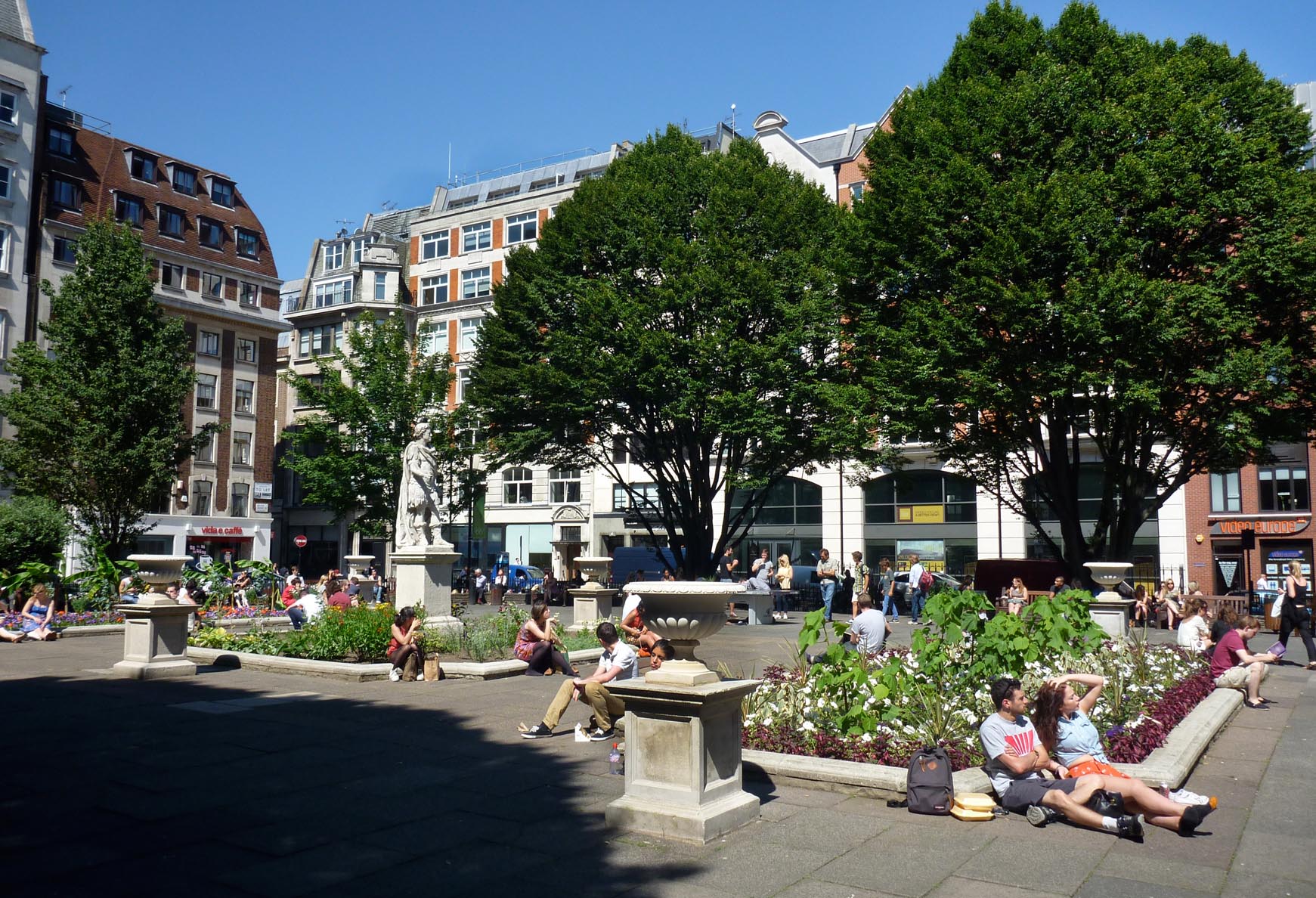 I had already carried our beauty on my shoulder for half an hour and it was starting to bruise my shoulder. However, as we made our way down the streets of Soho I couldn’t help but smile as heads were turning left, right and centre. She is literally a head turner and this in itself is enough to make a man proud of his work. The nervousness and butterflies I had in my stomach on the journey into town had now been washed away by an acknowledgement we truly had created something wonderful and beautiful. Something to behold, even if you aren’t into bicycles!!

The butterflies came back a little as we could see Kinoko across the square. As soon as we went into the shop we were addressed by the sales staff. 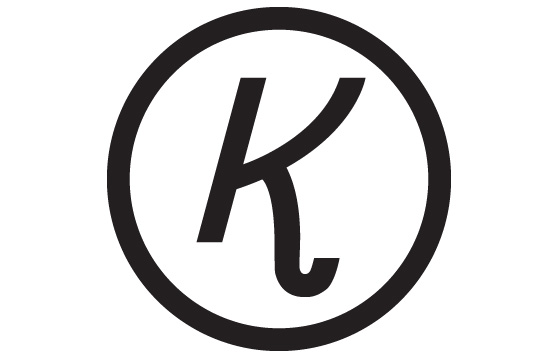 Fortunately for me the bike does most of the talking and I didn’t have to role off too much spiel. Once I made my intentions to have our silver dream up in this wonderful custom bicycle boutique, the man who makes the decisions was mustered up into the shop. While we were waiting customers and sales staff alike were checking over the finer details of the bike and even taking pictures of it.

Initially Max (the man in charge) awed over the bike saying he had seen her at Bespoked and was very impressed. He also said that it was not the norm to provide a space for custom builders bikes as there really isn’t enough slots for those they already have a relationship with. In his next breath he said he would make an exception as our bike was so beautiful.

Words escape me for the pride I have for what we achieved to get this bike ready for Bespoked under enormous pressure and time restraints. And to have our peers at Velorution and Kinoko applaud or work is just icing on the cake.

Apologies to Look Mum No Hands and Rapha for not making it to you and giving you a chance to see the Ron Cooper Tribute Bike close up and have a opportunity to put her in your shop. Maybe when we create our next masterpiece we’ll visit London’s boutique shops in the reverse order.

Thanks goes to Alec Briggs for being my support man support man on our tour of London to show off our wears cut short by Kinoko. 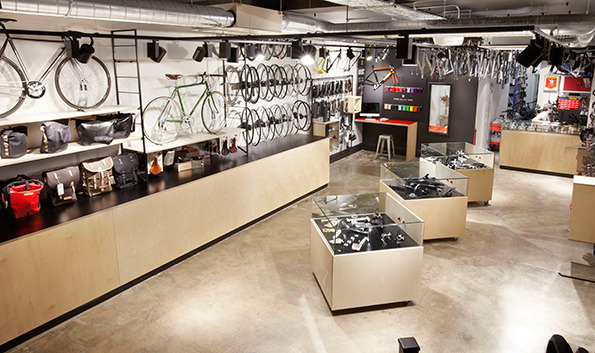 If you want to go and check out the Ron Cooper Tribute Bike up close, make your way down to Golden Square and have a look for yourselves. You have to be quick as I can’t guarantee someone won’t get their cheque book out and give her a new home where I am sure she will be loved and adored. I build bikes to be ridden foremost, but you could be forgiven for just hanging this one on a wall to be admired. Seems more and more, with the resurgence of custom steel bicycles, art meets cycling with a BANG!!